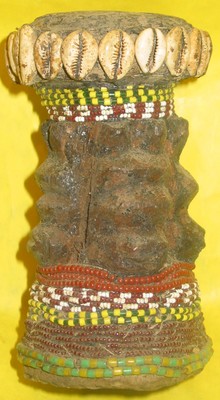 The fetish shrine object is a simple mud hut with some kind of enclosure or fence around it. The priest or priestess performs rituals consults and seeks favor from his gods in the shrine.

Lunda empire is, a historic Bantu-speaking African state founded in the 16th century in the region of the upper Kasai River (now in northeastern Angola and the western Democratic Republic of the Congo). Although the Lunda people had lived in the area from early times, their empire was founded by invaders coming west from Luba.