CHOWKWE Culture Of Arts from Angola, Zambia, and the Democratic Republic of Congo - (Mask Carvings) 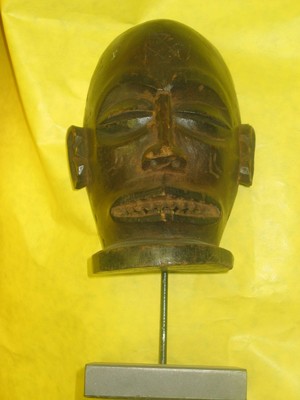 This oval-shaped mask carved of wood .They usually integrate different parts of their mythology that represents their community’s beliefs. Their artworks reflect the ideas, beliefs, and history that their people have kept throughout the centuries, preserving their story for future generations.

The Chokwe believe that their handicrafts help connect them to their ancestors and gods. The Chokwe ethnic group can mostly be found on the borders of central Africa in Angola, Zambia, and the Democratic Republic of Congo. With their numbers growing through the years, they are considered the largest ethnic group on the borders of Angola and Zambia, as well as one of the prominent communities in central Africa in general.